Neurologist, Dr. Daniel Gibbs, Reveals His Personal Story in A Tattoo on my Brain 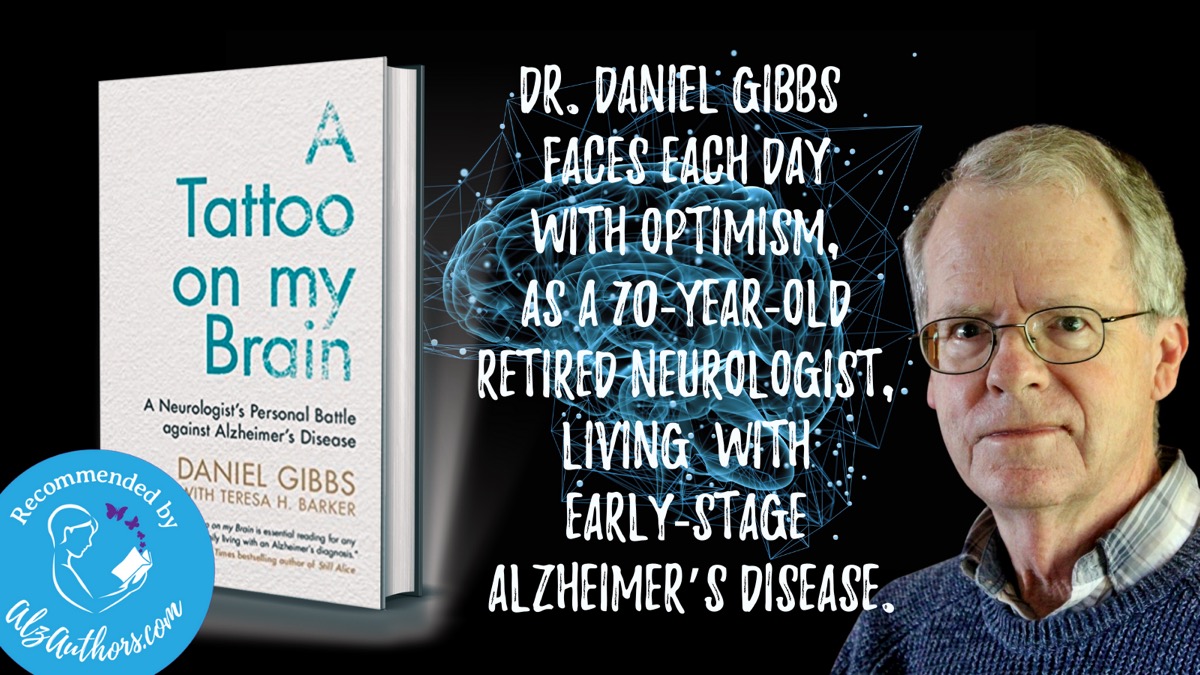 It's been so interesting, connecting with Dr. Daniel Gibbs about his ground-breaking new book. As a neurologist, he gives powerful insights into his progression and guides us in our approach to caring for our loved ones in, A Tattoo on My Brain.

I am a 70-year-old retired neurologist, and I have early-stage Alzheimer’s disease. In retrospect, my first symptom of Alzheimer’s occurred when I was 57 and realized that my sense of smell was not as sharp as it once had been. I chalked this up to normal aging, but about a year later I started to have strange, illusory odors, like the smell of baking bread mixed with perfume. They would come out of nowhere and last a few minutes to an hour or so. These are called phantosmias, and they are sometimes associated with neurodegenerative disorders. At the time I was not aware of the association of loss of smell with Alzheimer’s, but it turns out that virtually all people with the disease have at least some impairment of olfaction when tested, but most are not aware of it. I still wasn’t worried until while doing genealogical research in 2012 I unexpectedly discovered that I have two copies of the APOE-4 allele putting me at very high risk for dementia. Alzheimer’s disease had not been on my radar screen because both my parents had died in midlife from cancer.

Meet Mary Crescenzo, author of "The Planet Alzheimer's Guide: 8 Ways the Arts Can Transform the Life of Your Loved One and Your Own"

My life has been enriched by encountering the dynamic Mary Crescenzo, whose list of credentials include master teaching artist, public speaker, playwright, as well as the author of the new book The Planet Alzheimer's Guide: 8 Ways the Arts Can Transform the Life of Your Loved One and Your Own.

If you are looking for ways to value your loved one with Alzheimer's, while forging a deeper connection with them, I encourage you to purchase Mary's book and try out some of her wonderful ideas. 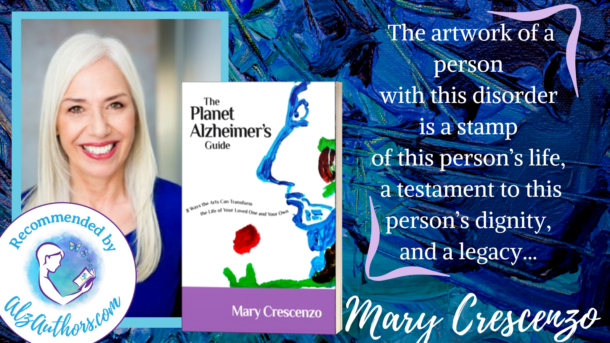 I wrote this how-to guide for caregivers, personal and professional, to offer step-by-step tips and techniques so caregivers, family and friends of those with this disorder can discover how interaction and communication, through painting, music, movement, storytelling, poetry and photography, can enrich the lives of loved ones as well as their own, even though they or those they care for may have no arts background.