Meet Marsha L. Burris, author of Miracles All Around Me 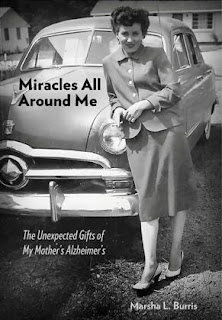 My parents raised four children in a small community located near Charlotte, NC where they were active in social and church affairs. Jim coached Little League and Rusty directed the polling place in our precinct. My siblings and I grew up, went to school, and made life-long friends there. But then, gradually, negotiating the complexities of social interactions became more difficult for Mom and Dad and they withdrew from the activities they once enjoyed.

Rusty began losing bits of herself down a dark path through early onset Alzheimer’s. She was the age I am now. My dad had his own set of health issues that ultimately concluded in a stroke. Despite these challenges they worked to maintain their independence at home as long as possible, but eventually they needed help. I lived near them so dropping off groceries on my way home from work, and taking them to various medical appointments, were convenient and happy excuses to see them often.

The damage caused by the hateful disease of mangled plaques and tangles robbed my mother of her memories and her capacity to conduct her own affairs. This meant my role in their daily survival grew more extensive. I placed all career aspirations on hold and my objective became one of endurance - to simply endure this dreadful course my parents were on. My only goal was to survive the ordeal. A bleak outlook, I know.

A friend loaned me her copy of John Bayley’s Elegy for Iris in hopes that it would give me solace. I finally read it. This was the first miracle introduced into my life. The book stressed this message: Alzheimer’s disease brings with it its own ‘compensations’ if only you look for them. I begged to differ with Mr. Bayley as I saw no advantages to the destruction Alzheimer’s visited upon my mother’s brilliant and active mind. I set out to prove him wrong but I did the opposite. And this was miracle number two.

Rusty and I negotiated the world together through the lens of Alzheimer’s for ten years. It was never easy or painless, or without effort. But because I changed my attitude, I became aware of the Miracles All Around Me and accepted the possibility of unexpected gifts associated with the disease, the very things that Bayley called ‘compensations’.

Chronicling Rusty’s story and giving her a voice helped me place in perspective the profound sorrow I felt because of my father’s stroke and my brother’s suicide while losing Rusty to Alzheimer’s. When I had done this, I was able to feel the grace granted us all when we must face times of crisis. 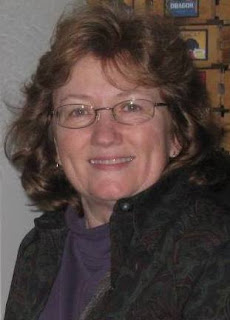