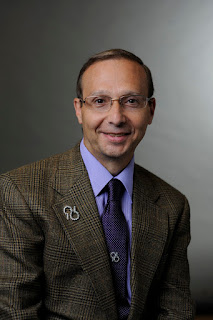 Our friend, Michael Ellenbogen, who lives with early onset Alzheimer's wrote the following piece which was added to the U.S. Congressional Record on September 21, 2016.

I am so thankful to be still here. Many of my friends who were living with dementia have died and others are no longer capable of speaking. I am one of the lucky ones. My Alzheimer’s is progressing very slowly. While that is good news it is also bad news. I will be forced to endure the worst part of this disease even longer than most. Knowing what I know now, that will be like being tortured until I die. While I try to stay positive these days and live life to the fullest, I am in pain every day from the frustration of not being able to be the person I was once. I continue to decline in to a childlike state.

This is equivalent to almost three 747s crashing every day. Yet there is much neglect and discrimination regarding funding for Alzheimer’s and related dementia research.

Preventative measures for breast cancer, heart disease and HIV have all made tremendous progress since the federal government made significant investments into research. Comparable investments must be made for dementia so we can accomplish the same successes, while saving millions of lives and trillions of dollars.

If we don’t act now this disease has the potential to bankrupt this county. This is the most expensive disease in America. In 2016 $236 billion will be spent on Alzheimer’s in terms of care and medication, with Medicaid and Medicare spending $160 billion. And unless you take action, the cost to Medicare alone will increase 365 percent to $589 billion by 2050.

Our investment today will lead to huge savings for the government and public, not to mention the lives saved. People with dementia are faced with discrimination at many levels and they lose their civil rights. That must change; we are still people and deserve to be treated as such. A person with cancer would never be treated the way we are. We need you to start making more of an effort to educate the public and restore our rights.

A few years ago I would have said I had no hope, but that has changed to 2.5 percent. I do believe we are closer to a cure today based on what has been learned from all the failures. I am so grateful that the budget has been increased to $991 million, but that is still far short of the two billion dollars that was said was needed years ago.

In my opinion we need a czar for dementia just like Vice President Joe Biden is to cancer and it sure worked for HIV. We are definitely at the tipping point. You have the power to make this happen. Please, I implore the House of Representatives, the Senate and the respective appropriations committees: Make the hard choices; increase funding for Alzheimer’s disease by at least one billion dollars. Do everything necessary to ensure that Alzheimer’s disease gets the exposure, commitment and funding necessary to change the course of the disease.

If you have not yet been touched by this devastating and debilitating disease it’s just a matter of time.

Michael Ellenbogen, Advocate for all of those living with dementia, who can no longer speak, write, or have passed. 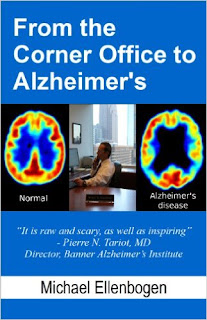