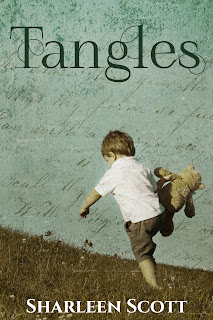 Her name was Judy, and I married her son.

She was a Depression-era child who grew up in the Pacific Northwest forests, traveling with her grandfather’s logging company. She was an outdoorswoman who loved fishing, hunting, and hosting friends and family at her Cascade mountain cabin. She married Paul at age seventeen but was separated from him soon after by the bombing of Pearl Harbor. While he operated the radio aboard a PT boat supply ship in the Pacific, she was the embodiment of Rosie the Riveter, making airplane wings in Spokane and welding in the Bremerton shipyards. When he was called up again during the Korean conflict, she packed their belongings in the car and shipped it to Adak, Alaska, on a ferry so she and her daughter could be with him for the duration. After the war, their son was born, and the family was complete.

She was a Campfire Girls leader, a women’s club member, and active in the Grange. She was a crew supervisor in a fruit-packing warehouse, and when she retired, she began to forget things. She’d laugh and say, “I’m not working anymore. I don’t need to think.” The memory loss escalated and ultimately the diagnosis was Alzheimer’s disease. It was the late ’90s, and we didn’t know much about the disease other than Ronald Reagan had it.

Paul embraced the role of caregiver, managing every facet of Judy’s life, masking the extent of her decline, until he was diagnosed with inoperable prostate cancer. We took on the caregiving responsibility for both, balancing jobs, a business, and our two young children. When Paul broke his hip and passed away shortly after surgery, she couldn’t remember her husband had died, and her grief returned with the same intensity each time we had to tell her he was gone.

My husband and I joined a community of people isolated by the task of caring for a loved one and needing more information. We found ourselves in impromptu mini-support-group meetings in grocery stores, movie theater lobbies, and restaurant parking lots. I noticed a similar theme in these conversations—no one knew what to expect with this disease. No one anticipated the emotional and physical toll of caring for a stricken loved one.

The idea for Tangles was born.

The Tangles story and its characters are fictional. The Alzheimer’s behavior displayed by Lois McKinnon is not. Though I wrote the rough draft as we lived it, I’m not a memoirist. I’d already written three romantic suspense novels (two have now been published) and the blending of fact with fiction was the logical path for me as a fiction writer. I wanted readers to experience Alzheimer’s disease from the characters’ viewpoints, to come away from the story with a sense of what to expect, and maybe not be as blindsided by this disease as we’d been.

The initial story question came about in a conversation with my husband. He was going crazy from the stress. He loved his parents dearly, but caring for them in this way was difficult. I asked him, “As hard as this is for you, can you imagine being in this position with a family member you couldn’t get along with?” With that question posed, the McKinnons—Joe, Lois, and Logan—were created. First, I needed a reason for the family disharmony, and the mystery of Lois’ life came into play. I needed a vehicle to relay the information, so Logan found Lois’ journals. I needed a way to explain Alzheimer’s disease without resorting to information blocks, so Max, the linebacker-sized home-care nurse, was introduced. I needed a way for the family to heal, and introduced Nate. And through it all is Logan’s character arc, from the son who felt his mother didn’t care for him and had given up on a relationship with her, to his understanding and forgiveness.

I wrote Tangles for Judy, who passed away in 2007. She had a penchant for helping people throughout her life and loved a good story. I believe she would approve. 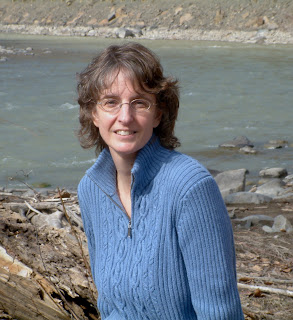