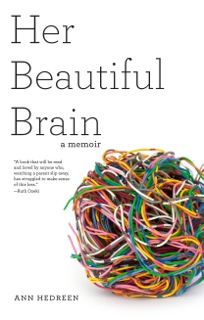 Without quite knowing it at the time, I began working on Her Beautiful Brain in 2004, when my husband and I made an award-winning documentary film about my mother called Quick Brown Fox: an Alzheimer's Story, which has had a long life on PBS stations and remains in distribution through Women Make Movies, Amazon and other sites. Making Quick Brown Fox made me realize there was so much more of my mom's story to tell than our film could contain. I also began to understand that, while I love filmmaking (which is what I do for a living), I have been a writer since I could hold a pencil and I longed to write much more than I was then writing as a filmmaker and occasional journalist.

In 2008, the incredible gift of a two-week residency at the Hedgebrook retreat for women writers got me going and the Goddard MFA program, which I completed in July 2010, kept me going on what became a book-length memoir.

Her Beautiful Brain is the story of my mother, a copper miner’s daughter who was divorced twice, widowed once, raised six kids singlehandedly, got her B.A. and M.A. at 40 so she could support us as a Seattle schoolteacher—only to start showing signs of Alzheimer’s in her late fifties, taking us all on a long descent we never could have anticipated or imagined.

The book begins in Haiti, where Mom is visiting two of her daughters, one a Peace Corps volunteer and one—me—a journalist, and where we first suspect that something is wrong. From Haiti back to Seattle and back to the mine-gouged Finntown neighborhood in Butte, Montana where she was born; from her historic Seattle neighborhood to a locked geropsychiatric ward, Her Beautiful Brain travels the terrain of a heartbreaking illness: one that currently affects more than 5.5 million American families—a number that is expected to double or even triple by mid-century.

The tone of the book is essay-like, not blow-by-blow or how-to or what-to-expect. It is a reflection on the life of one person and how Alzheimer’s disease bent the trajectory of that life. Her Beautiful Brain tells the story of who my mom was, the seismic social changes she and we lived through and how her illness changed not only her life but my life, forever. And not just mine but my whole family’s: my five siblings, our spouses, Mom’s 14 grandchildren. We’re a great example of the ripple effect of this most insidious and quietly cruel of killers. We are the children and grandchildren of a woman who lost not her mind but her beautiful, wonderful brain, as it was called by her high school classmates in Butte, Montana, where she was once known as the smartest girl in the school.

Since Her Beautiful Brain was published in September 2014, feedback has been so poignant and meaningful. You get it, people say. You don’t try to make it pretty. As a caregiver, I feel less alone now. That’s why I wrote the book. Families living with Alzheimer’s disease are becoming ever braver about speaking out and busting through all the shame and stigma and misconceptions that surround Alzheimer’s and other dementias, and I believe it is because more and more of us are sharing our stories. 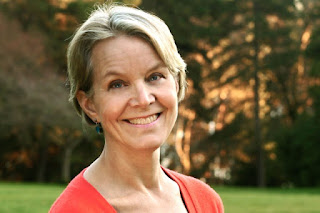