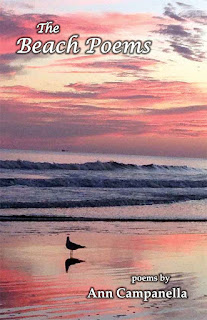 Expressing the Inexpressible through Poetry

When I was in my early thirties, my mother began showing signs of Alzheimer’s. She was 41 when I was born, so I suppose it shouldn’t have been a shock to see her aging in this way. But it was.

I always knew she was an “older mom.” She had been a fount of wisdom for me during my adolescence and early years of marriage.

Mom always said her children kept her young. There was a span of ten years among us, and I had vivid memories of my mother hiking, playing tennis, swimming and sailing at the upstate New York lake we visited each summer.

My grandmother and great aunts lived into their nineties. I had imagined my mother would always be there for me, at least until she was well into her eighties. But it wasn’t to be.

My mother’s mind began to unspool at the same time I was trying to become a mother and struggling through a series of miscarriages. At first her memory became slippery and she began repeating stories. Her emotions seemed out of proportion to what was happening in her life. Her words no longer matched her behavior.

Mom’s descent into Alzheimer’s was heartbreaking and beautiful at the same time. Heartbreaking because she was aware that “something wasn’t right.” It was painful to see her struggling to present a healthy face to the world when her memory was disintegrating. Beautiful because my mother’s spirit showed through her trauma, and the disease became a stage upon which the love in our family could be illuminated and acted out.

Poetry has long been a way for me to attempt to express the inexpressible. When the jagged edges of loss threatened to undo me, writing poems provided a way to hold onto pieces of my mother. Each poem or “stage act” allowed me to bathe my mother’s life in light and meaning.

What Flies Away is a collection of poetry that tells the story of my mother’s illness, my father’s sudden death and the miraculous birth of my daughter. This collection of poems won second place in the Oscar Arnold Young Book Award for the best book of poems in North Carolina in 2007. I was also honored that two of the poems, “The Chase” and “How to Grieve,” earned the Poet Laureate Award.

Now, ten years later, my collection, The Beach Poems, has been published. I consider it a sequel to What Flies Away, as this group of poems shares the story of what “comes after.”

I’ve always loved Anne Morrow Lindbergh’s Gift from the Sea, a book where the author reflects on the patterns of her own life. I was able to do this at the beach.

My mother had Alzheimer’s for fourteen years, and her disease changed me. After a decade and a half of caretaking, it took time for me to find myself again.

During a series of retreats, I spent time walking the sand and absorbing the rhythm and beauty of the coastline. Gradually, held in the arms of the wind and waves, I was able to release my grief and begin to heal. Memories of my mother and the time before she was ill slowly trickled in. To my surprise, joy washed over me and I felt my spirit come alive again.

Writing about my mother’s Alzheimer’s experience, whether through poetry or prose has been a privilege. I spent 20 years working on my memoir, Motherhood: Lost and Found, which was featured on this site on January 18th, 2017. My memoir has been recognized internationally and my poems have received many awards.

But I’m most grateful to have had the opportunity – through readings and speaking engagements – to meet and link hearts with those who are walking their own difficult path through Alzheimer’s. The Beach Poems is my gift to them. 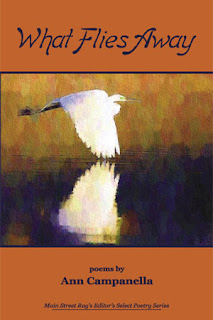 on a mat of sand

of my body, waves

presses against the horizon

I think of my mother –

all that was and never will be –

cry out into the void

but wind and sand and sea

my mother is here

and always will be

I hug the earth. 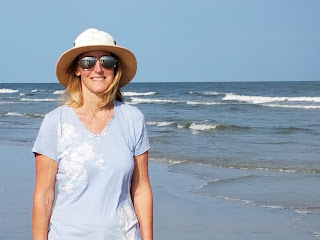 Ann Campanella is the author of the award-winning memoir, Motherhood: Lost and Found. Formerly a magazine and newspaper editor, her writing has been widely published. She blogs about her life and horses at Fields of Grace and has been a guest on many blogs and podcasts. Ann’s poetry has been featured on Garrison Keillor’s The Writer’s Almanac. Twice, she has received the Poet Laureate Award from the North Carolina Poetry Society. She lives on a small horse farm in North Carolina with her family and animals.