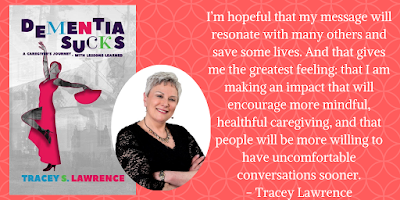 Once upon a time, I was a self-employed graphic arts professional. I designed stuff. I helped clients with their marketing and printing problems. My parents were living it up in southern Florida, and I believed in the Myth of Retirement:
Stop working
Spend money like you’re drunk
Spoil your kids and grandkids
Do all the stuff you always dreamed of
Eventually, gently, die in your bed at home
Cherubs lead you to heaven’s gate
Cue heavenly choir

In 2003, I learned about the harsh Reality of Post-Retirement. I went to visit my parents in Florida and realized Dad had been covering up his illnesses. He had a lot of issues. He was 75. My mother, who was 74, was very dependent on him.

After a test gone wrong, my father’s short term memory evaporated, and following many misdiagnoses, I realized he had vascular dementia. He knew it, too, and did not want to live that way. My brother and I supported his wish to avoid prolonging his life. My father died in July 2004 at the age of 76.

Mom lived independently in Florida, with regular interventions from my husband and me. By 2009, it was becoming clear that Mom couldn’t live on her own any longer. She came to live with us in northern NJ.

I loved my mother, but we had a contentious relationship. She was still the person who drove me nuts when I was a teenager, but now I couldn’t hide from her in my room. She could burn my house down.

In October 2010, I took Mom back to Florida for one last visit to her apartment. It was difficult being in that dusty museum, still brimming with reminders that Dad was no longer there. On that trip, I took refuge in writing. And I decided to blog, so others might learn from my experiences.

By the time my mother died in April 2015, I had 600 followers. And I stopped needing to write.

A year later, I revisited my writings and found myself enjoying them as a reader. I realized the book I had been asked by so many to write was already written. It just needed some polish.

And I had time to polish it, because my husband, Bob, got sick New Year’s 2017 and I wound up caregiving HIM for 5 months. When I couldn’t sleep, I worked on the manuscript.

Bob recovered, and I committed to getting my book published. With encouragement from my media-savvy millenial niece, I finished the first draft. I researched, found someone to help me, and got a publishing deal in July 2017.

The response to my book has been amazing. People tell me they can’t stop reading it, and it makes them laugh and cry.

And that was my intention. I wanted to invite people to read something engaging and amusing, so they would learn without effort. I’ve been thanked. I’m hopeful that my message will resonate with many others and save some lives. And that gives me the greatest feeling: that I am making an impact that will encourage more mindful, healthful caregiving, and that people will be more willing to have uncomfortable conversations sooner.

Tracey S. Lawrence is an author, educator, innovator, disruptor, and entrepreneur. Her journey as a serial caregiver led her to create Grand Family Planning, LLC, a comprehensive multigenerational family coaching and support system. Tracey shows clients the power of being proactive in light of the certainty that illness and death will be a part of every person’s life. She saves lives and legacies in a climate which is focused on lengthening human lives without regard to quality of life. Her team-based approach simplifies a daunting and complex process. Tracey’s book, “Dementia Sucks,” was officially released by Post Hill Press on May 15th, 2018 and is available from Amazon, Barnes and Noble, and fine booksellers everywhere.