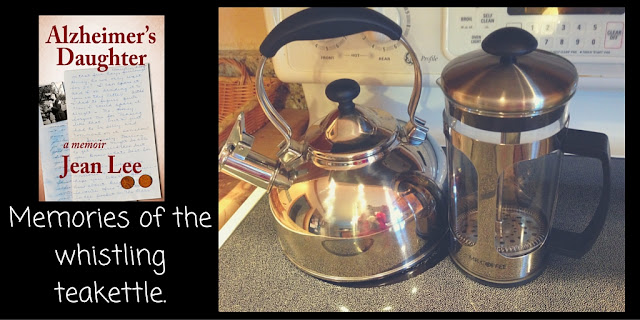 Today I had a vivid flash of memory. Happens to all of us, triggered by something which brings up emotion. Maybe I’ve started paying more attention to life’s details because of writing, and I welcome and build on these vivid flashes rather than dismiss them.

This is what happened. Last night I attended my writers’ club Christmas gathering. This get together is always more relaxed than our normal critique sessions. As the evening began the editor who leads our group asked each person to state their goals for the coming year. After listening, she added her perceptions and pointed us in a direction based upon our goals.

This meeting was in a member’s home, not in our standard conference room at the library. We had festive food, not our usual sparse basics of a pot heating water for instant coffee. People prepared a favorite recipe to share, so we weren’t stuck passing around the never-ending bag of leftover Halloween candy.

I had helped myself to a piece of apple pie and chex mix. My sweet and salty belly was fat and happy. Then I smelled coffee, good coffee. The gal next to me was sipping hers, saying, “I’ll probably be up half the night, but this coffee is worth it.” I went into the kitchen to get a cup and found it was coffee made in a French press.

I’d only had French press coffee two other times. Once in a restaurant, which prompted me to buy a French press carafe. I only used it once. It did make great coffee but it reminded me of the old percolator we’d used when we camped. It was a mess to clean up, not nearly as effortless as my Keurig, with its disposable pods.

Today while at home I was getting ready to finish reading a book and write a review. As I settled in I thought, Boy, a cup of that French press coffee would taste great.

I contemplated heating the water in the microwave, with the least effort and mess possible, but then thought, Oh, come on, Jean, at least you can use your teakettle. I dusted off the kettle because it hadn’t been used in quite some time. I emptied the old water, refilled and turned on the burner under the kettle while I scooped grounds into the French press.

In a minute or so, I heard the whistle of the teakettle. That’s..when..the..memory..struck..me.
The sound took me back instantly through time and place, as though I was standing in Mom’s kitchen.

Mom did not enjoy coffee, but loved her Lipton’s with a spoonful of sugar and a douse of milk. I remember her teakettle vividly; stainless steel, Revere Ware with a copper bottom and black plastic whistle spout. The sound would start out as a low rumble but in less than two seconds it became a steaming shrill scream demanding immediate removal from the burner.

As my parents declined from age and Alzheimer's, and she lost the ability to manage food and keep her kitchen clean, the teabags became a source of angst between Mom and me.

This morning Mom called saying she was sick. Even though digestive issues often plagued her, it was unlike her to ever call me to complain. I took her bananas, 7-UP and applesauce.
When I arrived I found her alone, sitting feebly on the couch, hair uncombed, in her bathrobe. I made warm lime Jello for her to sip. She made this for Annette and me when we were sick as youngsters to give comfort, calories and a bit of substance to a sick stomach.
While she sipped I went to the kitchen and cleaned moldy food out of the refrigerator and scrubbed the kitchen counter and sink with Clorox. I told her she must not keep leftovers too long in the refrigerator nor leave them out on the counter to spoil.
She’s a tea drinker, so she keeps all used teabags in overflowing jars, rotting with cloudy green mold, on the counter, intending to dig them into the soil around her rose bushes as fertilizer. I told her these putrid tea bags grow bacteria. She became angry, trying to get to her feet, saying, “Don’t throw my teabags away. They keep my roses blooming.” I quietly ignored her and dumped them in the trash, taking the trash to the garage, hoping she’d forget about the rancid bags. I should have dug them in around the rose bushes for her.

Maybe being a lifelong tea drinker is part of what kept Mom physically healthy to nearly 90. However, I often thought the milk in Mom’s tea was the only calcium she consumed.

Not only did Mom enjoy her own tea, but every evening after supper she’d offer endless cups of tea to my dad. It was her act of love toward him. She’d give him this warm cup of sweetness and they’d sit, sip and refill until her head nodded and she’d doze while stiches dropped from her knitting needles and he’d watch the 11:00 p.m. news. Then he’d gently wake her to go to bed.