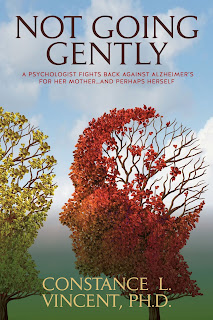 When my parents first began to have memory problems, I was in denial. As a psychologist teaching university classes on aging, I had always emphasized the positive aspects of growing older. Alzheimer’s disease had never been on my radar. It is now.

Mom and Dad were relatively young and quite healthy in 1978 when they moved from their small town in Pennsylvania to live near my three siblings and me in southern California.  For the next ten years, my husband Ed and I socialized with my parents frequently––even taking vacations together.  Then Ed and I moved to the San Francisco Bay area, and with more time between visits, I began to notice gradual differences in my dad.  He called it “slowing down.” He was almost eighty when he made the decision for him and Mom to follow my only brother and move near Las Vegas.  It seemed logical enough; my brother was not only the youngest in our family and a medical doctor, he was divorced and had no children.  My father gave him power of attorney and basically turned himself and my mother over to my brother’s care.

When my father died at the age of 87, my mother was 85 and showing signs of mild cognitive impairment (MCI). A year later, my brother and one sister moved Mom into a senior residence without a family discussion.  My mother was distraught; she had never lived apart from her family before.

I became a long-distance caregiver with no authority, influence, or even information (no HIPPA reports). For the next two years I visited Mom in Nevada as often as possible, brought her to Puerto Vallarta with us twice and to our home in CA three times.

But then the first of three dramatic changes occurred.  My brother found Mom delirious and dehydrated after she was left alone for an unknown time.  She was quickly diagnosed with Alzheimer’s and transferred to a memory care unit.  Now there would be no more trips for her.  I called her often to give her comfort and stimulation; her conversations included the hope of escaping and the fear of losing her identity. Her feelings were so poignant that I wrote down her words after each call.

The next two dramatic changes involved her losing her sight for several months and then, two years later, breaking her hip. She passed away at the age of 96, after living in institutions for ten years.

Sometime between Mom’s eye and hip incidents, I began to write her story, including the feelings she had shared.  I was learning so much about AD through my research, but I was powerless to change her circumstances of loneliness, depression, lack of nutrients, and losses (even of vision).   As much as I wanted to help her avoid the risks of AD, I soon realized I was too late.

Yet I’m not too late to fight for myself––and the millions like me who are also at risk for AD, by age and genetics and even by sex.  Hence the title of what became my book:  Not Going Gently:  A Psychologist Fights Back against Alzheimer's for Her Mother. . .and Perhaps Herself.

In talks with groups, radio interviews, and blogs I emphasize three key areas in fighting Alzheimer’s disease:  First prevention––the individual’s role; Second––planning, for the family; Third, protection––the role of society for research, education, and better care.  My YouTube video elaborates the first need: New Directions in Preventing AD. https://www.youtube.com/watch?v=TYLijPyemQE.
Most readers feel the story “needs to be told—so many others will identify with this.”  One said, “You’ve given me a lot of information—regarding nutrition, etc.—that I’ve already started trying to put into practice with my own family. And your encouragement to have conversations with family and to be prepared for the worst has prompted me to start broaching these subjects with my parents as well.”

I have been fortunate to receive almost all five star reviews such as this:
“. . .a touching and harrowing narrative combined with the latest scientific/medical facts about the disease. Most practical books are slow reads. Yours is so personal and compelling. Most of us, in our lives, will need a book like this to help us through the tough times when a friend or family member may be diagnosed with dementia or Alzheimer's.”

One reader said: “As a primary caregiver for a family member in the first stages of this disease, I found this book extremely helpful and enlightening and would highly recommend it to all baby boomers who are or might possibly be caring for aging loved ones.” 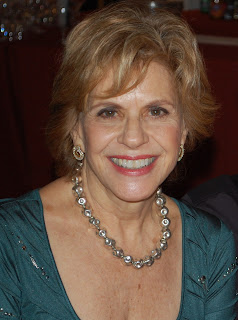