Meet Jana Panarites, author of "Scattered: My Year As An Accidental Caregiver" 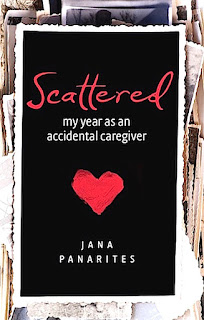 On a Monday night in November 2009, I had what turned out to be the last conversation I would ever have with my father. He and my mother had just come back from a trip to New York and they were now back in our family home in Maryland. Out in Los Angeles, I paced the floor as I spoke with them. My career was at a standstill. I was scrambling to make ends meet. I didn’t think life could get any worse, but it did the next morning when I learned my father was dead. Hours after we’d gotten off the phone, his heart had stopping beating.

Devastated, I flew east for the funeral and arrived at my parents’ house to find my once vibrant eighty-year-old mother standing hollow-eyed in the hallway. My parents had been married for fifty-six years. I knew that in good marriages like theirs, it wasn’t unusual for one spouse to die soon after the other because the surviving spouse loses the will to live. Having just lost my father, I couldn’t bear the thought of losing my mother too. So after spending my entire adult life in New York and LA, I moved back to the Maryland suburbs, into my childhood home—determined to save my career and my one remaining parent.

Like most caregivers, I had no idea what I was getting myself into. In between taking my mother to medical appointments and trying to make sense of her increasingly absent-minded behavior, I tried to earn a living. It took me a while to realize I already had a full-time job: caring for Mom. We wound up living together for a little more than three years, and in the third year my mother was diagnosed with the early stages of Alzheimer’s disease.

I wrote Scattered to contribute to a much-needed conversation about the impact of Alzheimer’s on family members. Before my mother was diagnosed, no one I knew talked about Alzheimer’s and I knew little about the disease. In the midst of grief and career transition, I felt confused, isolated and anxious—not just about my future, but about my mother’s. Scattered was my way of coming to terms with her illness and assuring readers with family members who have dementia that they are not alone.

Readers have praised Scattered for its candidness, accessibility and humor. A reviewer on Amazon wrote, “Reading it gave me tears but also laughter as I read her definition of "hanging in [t]here." I have recently used that phrase when asked about my husband's condition and the author's definition is perfect. Thank you Jana!”

Knowing I’ve helped even one reader feel less alone in their Alzheimer’s journey has given me great joy. Writing Scattered wasn’t easy, but I’m at peace with what I wrote mostly because of my mother’s response when I told her she might not like some of the things I’d written about her. She said, “It’s the truth, isn’t it?” Priceless. And vintage Mom. 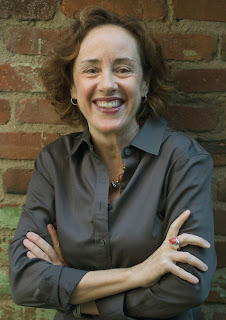 Jana Panarites was born in Washington, DC to Greek-American parents. Her professional experience runs the gamut, from working in network television production and writing screenplays to managing the needs of high net-worth clients as a criminal litigation paralegal. In December 2014 she founded Agewyz Media Group, LLC to raise awareness about the plight of caregivers and promote healthy aging across the generations. Through her book, Scattered: My Year As An Accidental Caregiver and her weekly radio show, The Agewyz Podcast, she aims to provide people with tools and resources to make every moment in life count, at every age and even under the most difficult of circumstances. Jana is a graduate of the University of Vermont, where she earned a Bachelor of Arts degree in Communications; and the University of Southern California, where she earned a Master’s in Public Diplomacy, a joint degree from the Annenberg School of Communications & Journalism, and the School of International Relations.