Meet Loretta Woodward Veney, author of Being My Mom's Mom 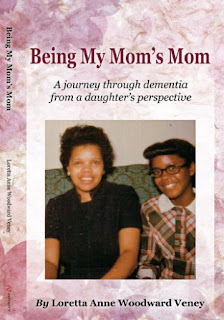 I decided to write my book because I felt so helpless when my Mom was diagnosed in 2006 at the age of 77. I was stunned that at such a young age, she became the first female in our family to be diagnosed with dementia, especially given the longevity of my grandparents and particularly my great grandmother who lived to be 106 with both her quick wit and her memory intact. I had no preparations in place for my Mom because she had no health problems at all. I thought she’d live alone until she was 100 like my great grandmother. I had no written wishes about where Mom wanted to live (aside from not wanting to live with her kids). I didn’t even know where to seek help though I live less than 3 miles from my county’s Department of Aging. I wanted the book to help other adult children prepare earlier for conversations with their parents about their wishes for long-term and end of life care.


The response to my book has exceeded my wildest dreams. I had expected to give a few local talks to churches, book clubs and support groups. But a few months after my book was published in 2013 I met a woman from Arden Courts Memory Care Communities, (a subsidiary of Manor Care) and gave her a copy of my book. That eventually led to my becoming a speaker for Arden Courts and them purchasing more than 1,000 copies of my book. To date I’ve given more than 175 presentations to Arden Courts Communities across the country. I’ve also given many presentations for the Alzheimer’s Association throughout DC, MD, VA and WVA. Book Clubs, support groups and church groups have also hosted me for speeches and book signings. Mom would be proud if she understood. 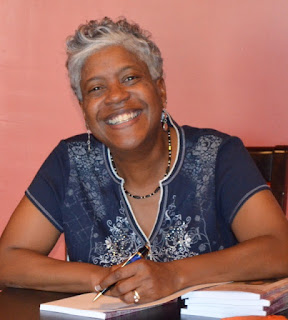 The book has absolutely given me peace and it’s been healing for me to meet others in the same situation! From the first presentation I gave, I could also tell I was giving others hope by letting them know they aren’t alone in this fight. They’ve also given me hope. The notes and emails from those who have heard me speak have kept me going even on the darkest days, like when my Mom didn’t remember me for the first time on my 55th birthday. Though I’ve spoken to very large crowds, I’d much rather meet people in small groups where we can really talk and share our stories. The book has taken me to large cities, to small towns, and even to a few farms, because no matter who you are, or how much money you have, no one is immune from this disease. Alzheimer’s disease unites us all in this fight.