Meet Shannon O'Donnell, author of Save The Bones 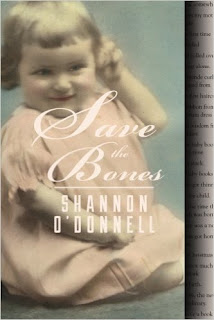 In the late 1990s, I joined a writers’ group. The rules were simple: “Bring three pages, double-spaced, to read. Ask for the critique you want.” I wanted to write, not just think about writing.

I wrote and shared a story about a trip my sister and I made to visit our mother in Southern California. It had been an odd time and we were still trying to make sense of it. Writing helped. I kept writing, especially about funny conversations I had with Mom.

When conversations with a parent take on the quality of a late-night comedy sketch, you can either stop talking or you can laugh. I chose to laugh when Mom sang "76 Trombones" on her 76th birthday. I laughed when she grumbled about missing ordinary people and when she thought I was my bearded writer brother. Alzheimer's came in like a pratfall and stayed to tell jokes.

Eventually, my mother had to move out of her retirement community in California to assisted living in Washington. I kept writing.

I looked online for comrades. Most of the stories about Alzheimer’s were drastic, horrible. I remember thinking, “No one is writing about the funny stuff.” Misheard conversations, unfamiliar words, mistaken identities, all of these found a place in those three double-spaced pages that I shared with the writers’ group. Humor seemed key to my handling all the new things that happened.

Mom went to the hospital, changed living situations, became combative then passive. The years went by. I wrote. I didn’t know that writing would get me through the emotional riptide of Alzheimer’s.

By 2012, it had been a number of years since Mom had said anything, much less anything funny. I collected up all the stories and put them in a book called Save the Bones. I worried a bit about my siblings’ response to the book. I hadn’t always been kind about them in the writing, but in the end, this book was my experience with Mom. They have their own stories.

Save the Bones was published in January 2013. It led to talks with church groups and a book club, and a reading at a clothing store in downtown Seattle. (That last one sounds right up the Alzheimer’s alley, doesn’t it?) I finally joined a support group that winter. After ten years of dealing on my own, it was finally time. I missed talking with my mom, missed having weird adventures with her, and I needed to talk with others who understood why saying goodbye was taking such a long time.

My mother died in November that year. The day itself was memorable and I finally wrote it all down in 2016 and made it the final chapter of the book. Save the Bones is in its second edition. Mom’s memory lives on. And I’m very glad to have contributed to some of the humor that shows up as families wrestle with changing circumstances. 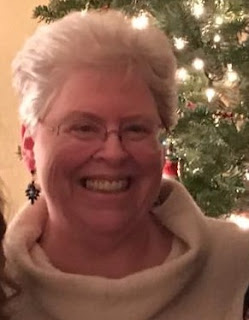