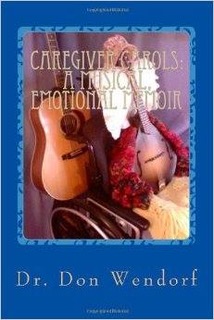 I wrote CAREGIVER CAROLS: A Musical, Emotional Memoir to cope with my own emotional struggles as a caregiver for my late wife Susan with her strokes and vascular dementia and to help other caregivers deal with their feelings. I wanted them to see that their emotions, while often complex, intense or unpleasant were normal; to know they were not alone, while encouraging them to ask for even more help than they thought they needed; and to suggest very practical things for them to try to manage their feelings better. So, I told my/our story and shared a wide range of my experiences and emotions, including some of the hardest and least discussed, particularly anger, guilt, shame, sexuality (gasp) and grief. One selection even talks about my wishing she might die, which she actually prayed to do. And, I don’t imagine I’m the only one who ever fantasized about that. Despite being a psychotherapist myself and “knowing all about this” I got massive burnout and I didn’t want anyone else to go through that.

I wrote the book in a combination of regular prose and song lyrics/rhyming verse to make these difficult, scary, often painful reflections or topics more easily absorbed, processed, retained, recalled and used. I hoped the humorous, artistic, metaphorical, creative, entertaining format would help people deal with their own “stuff” but I also found that the creative, expressive arts may be as helpful to caregivers as they have been increasingly found to be with persons living with dementia.

The process of composing these songs or lyrics gave me a nurturing, safe retreat to go to; a place to step back from my daily stresses and emotional struggles and look at things from another perspective; a source of insight into what was going on with me (and us); and even enjoyment in the act of creating. I found I would jump into a passage I was working on in my mind as I ran for exercise or did errands or cleaned up or cooked or dressed Susan or changed diapers. I would have verses or rhymes pop into my head when I was upset or tired or anxious or bored with the routine or frustrated with her. So, I’ve become an advocate for the expressive arts for caregiver self-care as well as for caregivees and I push it as much as healthy diet, regular exercise, restorative sleep, seeking help, staying socially involved and constantly challenging our brains to learn and grow. I perform several pieces from the book when I speak at conferences or to support groups, as well as quoting some passages to demonstrate what I mean.

Where’s my road map, my directions? Where’s my GPS? How will I know where I am going? Trial and error? Guess? Where’s a road sign? Find a landmark. What am I to do? I’m just groping in the dark and haven’t got a clue.

Caregiving comes without handbooks or rules, No set of instructions, no box full of tools.
I want to choose rightly, I want to do well.
But making decisions is caregiving hell. 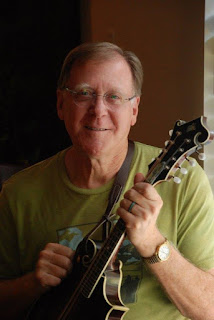 
Don Wendorf, Psy.D. is a retired psychologist and marriage & family therapist, who practiced over 40 years, specializing in marriage therapy. He retired in 2013 to be the full-time caregiver for his increasingly stroke-disabled wife Susan, after taking care of her and working for 15 years. She passed away in March 2014. He also helped to take care of his mother-in-law (cancer), father (Parkinson’s) and mother (Alzheimer’s). Don has been a professional musician since his high school days, playing in a variety of jazz and bluegrass bands as well as writing songs. He combined all these interests and experiences in two books, one on marriage (Love Lyrics: The Musical Marital Manual) and one on the emotional struggles in caregiving (Caregiver Carols: a Musical, Emotional Memoir), both written primarily in song lyric (rhyming light verse) form to be most easily accessed, absorbed, recalled and applied. He has two sons, two daughters- in-law and five marvelous grandchildren. Don and his wife Lynda are also avid hikers and advocates for increased funding for Alzheimer’s research. They met when he contributed to her book, Seasons of Caring: Meditations for Alzheimer’s and Dementia Caregivers and together they have edited several additional books for caregivers.