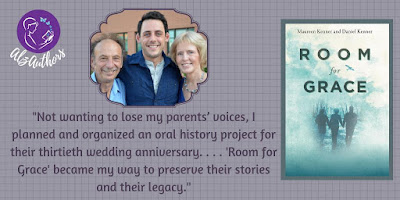 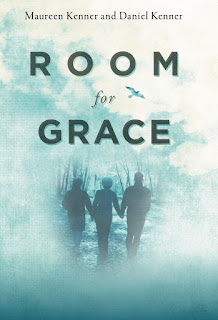 After many long months of exhaustive family struggles, cognitive and behavior changes and, a lengthy process of medical evaluations and tests, my dad, Buddy, received the devastating diagnosis of Frontotemporal Lobe Dementia (FTD). It was Valentine’s Day 2013.

FTD is a rare neurological disease that affects personality and social behavior, speech and language comprehension and, executive functions involved in reasoning, decision-making and planning.

Never to be outdone, my mom, Maureen, always the fierce competitor, was diagnosed with Stage 4 colon cancer only four months later.

That year, my best friend’s parents died in a terrible plane crash and that sudden tragedy struck me in such a profound way. “I am going to lose my mother and my father,” I remember thinking, “but I still have time.” I don’t know which is worse: losing parents instantly or watching them slowly deteriorate but, I knew I wouldn’t squander the chance to say goodbye.

Dad was a natural storyteller and through that, he became my favorite story to tell. He was my hero. The highest compliment I can give of my dad was he had a son that idolized him. Everything he loved, I was determined to love just as much or more: Bob Dylan, Lenny Bruce, Marlon Brando, absurdist theater and the San Francisco 49ers.

But dementia made him quiet and apathetic, he no longer expressed an interest in the things we used to do together. To the outsider, it looked like he stopped caring.

Mom would go for chemo and when she’d come home he wouldn’t ask how her day was or how she was feeling. She constantly worried neither of them would be strong enough to keep their vows. The life they worked toward was not there; it had changed past the point of recognizing and the reality of what they retired to was obvious.

But the silver lining was that the doctors had promised aggression and there was none of that. Dad was content and experienced joy. When we’d ask him what he liked about a situation or an event, his response always revolved around describing somebody’s smile.

So, for three years Mom continued to be Dad’s main caregiver and, 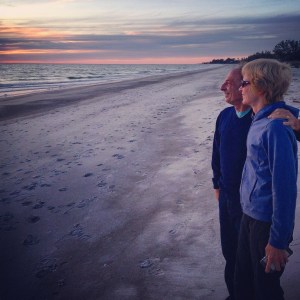 There was an onslaught of doctors and nurses and family and friends and volunteers and neighbors who never said no and extended every possible resource to us.

I needed my own way to help, to keep me close, to feel protected. Not wanting to lose my parents’ voices, I planned and organized an oral history project for their thirtieth wedding anniversary. We recorded thirty hours of interviews and conversations. Room for Grace became my way to preserve their stories and their legacy. 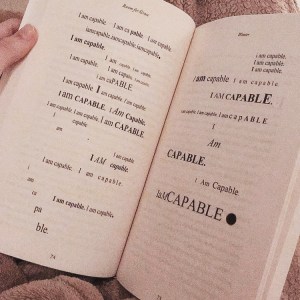 The project prepared me for a life with them gone but, a life of peace and with no regrets.

Then, a week after Father’s Day, Dad slipped on the steps bringing up the laundry. He fell down six stairs onto hard basement concrete. The man we loved spent the last seven months of his life basically paralyzed with an incomplete spinal disorder. And, because they were soul mates on a timeline so interconnected, on August 10, my thirtieth birthday, the doctors recommended Mom to Hospice. She was out of options.

I spent the last fall and winter by their bedsides. It was so painful but when I was called to act, I did. I jumped in. Full speed ahead. Until the end, Dad was able to be the father that he wanted to be.

Tragedy showed me what kind of man I am, or at least, the potential of the man I can be. By participating fully, I left myself open to heartache, but also open to great joy and happiness and deep and meaningful connections. My patience, my humor, my work ethic, my love, all the traits a father would want for his son, brought out the best of my parents. I learned to never miss an opportunity to do something good for someone else. Room for Grace was a gift we shared together and it became my strength and my armor. It saved me countless times from heartache and desperation because I knew I would never lose them.

My parents are going to miss out on a lot of my life; I am going to have to find symbolic gestures and signs to fill that emptiness, but I know they were truly proud of me and that they had countless chances to watch me grow. I am so eager to share their story with you. 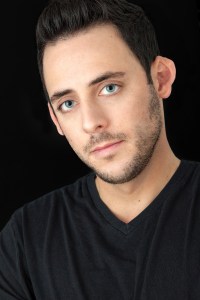 Daniel Kenner is an actor, playwright and co-author of Room for Grace. Through anecdotes and hard-earned lessons, a family tackles challenge after challenge and reframes daily struggles with a positive outlook allowing them to transcend and conquer mortal fears with dignity and room for grace. More information can be found at www.RoomForGrace.org. Room for Grace partners with different organizations and 10% of each book purchased will be donated. The first organization receiving donations is Eye to Eye which began in Maureen Kenner’s Room 4 classroom. Eye to Eye fulfills their mission by supporting and growing a network of youth mentoring programs run by and for those with learning differences.
www.RoomForGrace.org
https://www.facebook.com/Room4Grace
https://www.instagram.com/silverbootimprints
https://twitter.com/theDanielKenner
Posted by Jean Lee